Palate app personalizes restaurant recommendations by matching users based on their tastes and values.

"How can we make accurate restaurant recommendations that people trust?"

Finding accurate restaurant recommendations online has become difficult, with fake reviews or misaligned business models rendering most of them untrustworthy. The idea of Palate was to build a platform based around transparency and trust.

Blanko, a digital agency in Brazil, approached us with the simple idea of matching users and restaurants by shared tastes and values. Blanko were looking for us to conduct market and user research, and to build a visual style with a view to building a Minimum Viable Product.

The idea is for users to enter their general food preferences via a short series of either/or questions, followed by the selection of values that are important to them. For example, family owned, locally-sourced, ocean-wise, paying a fair wage and so on.

We did some initial research and found that people generally rated the quality of food higher when they learned that a restaurant supported a value that was important to them. Participants rated average food 2 out of 5, but that number rose to 3.7 out of 5 when participants learned that the restaurant supported a cause they believed in, in this case, using food sourced from local farmers.

Once a customer discovered the restaurant’s values aligned with their own, their perception changed.

We also interviewed restaurant owners who were positive on the idea of receiving private feedback and having the ability to respond.

“The reviews must be genuine. The issue is that people are leaving fake reviews to try and hurt competition.” – Restaurant owner 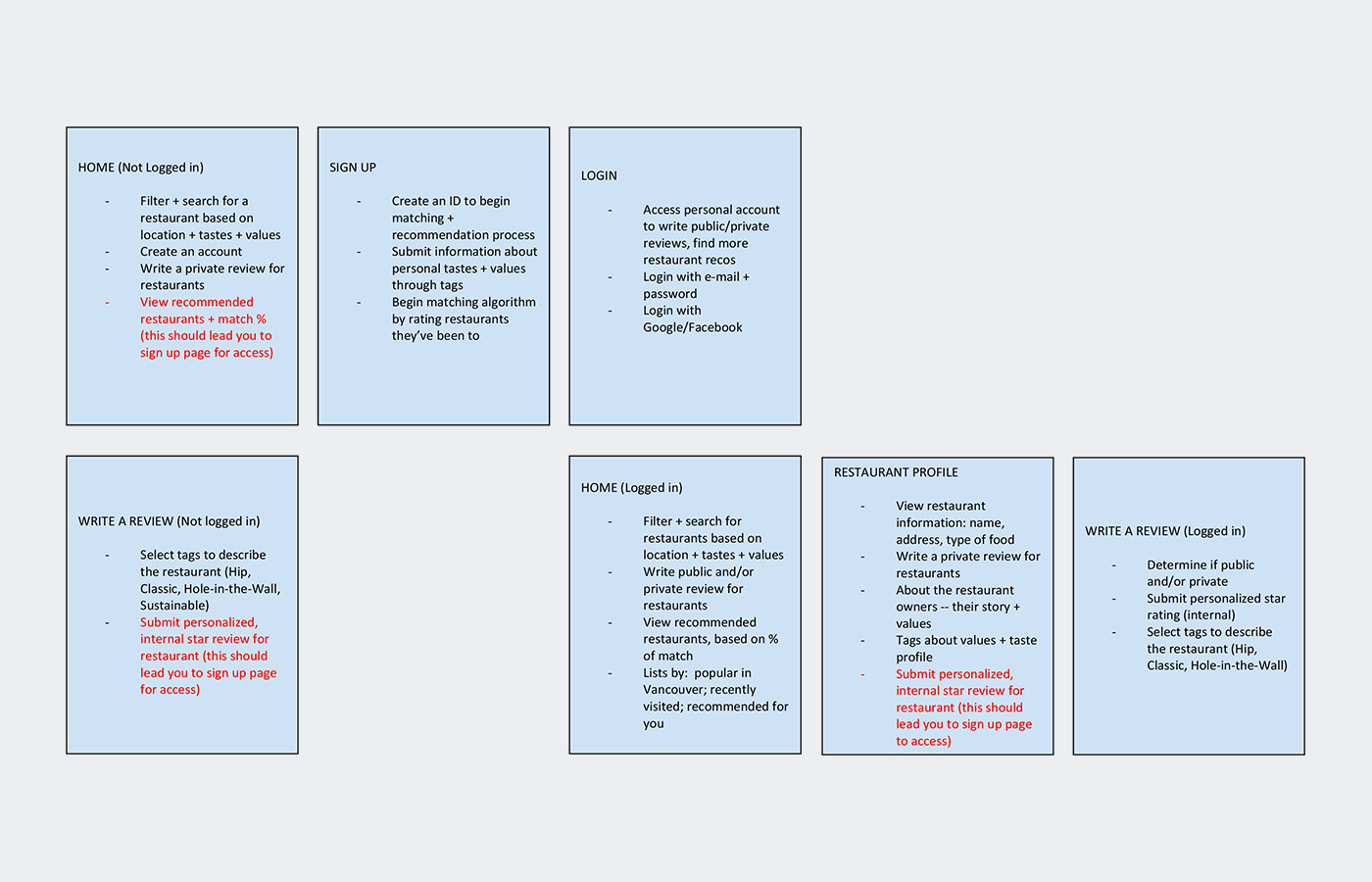 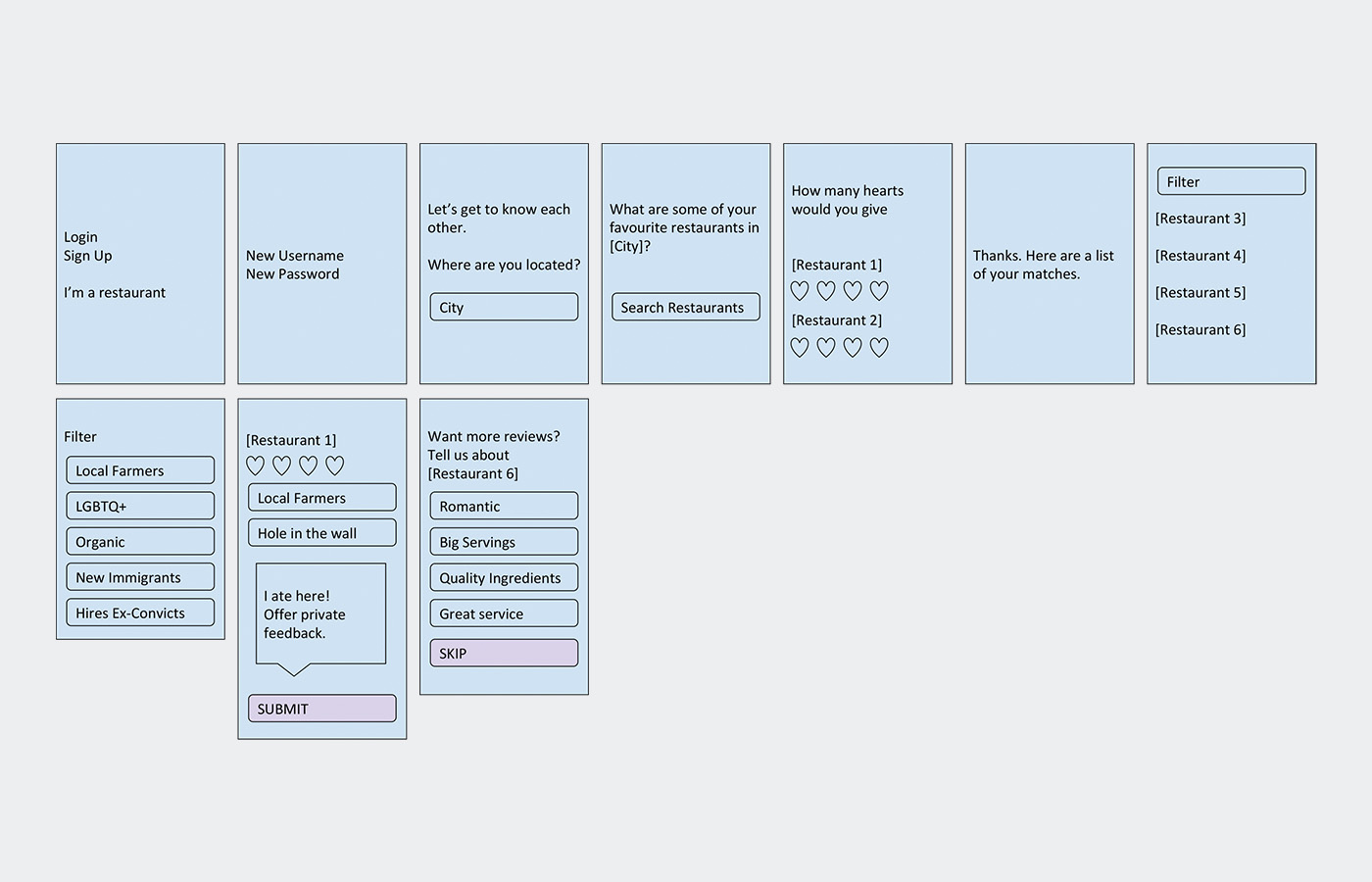 A very basic journey for customers. 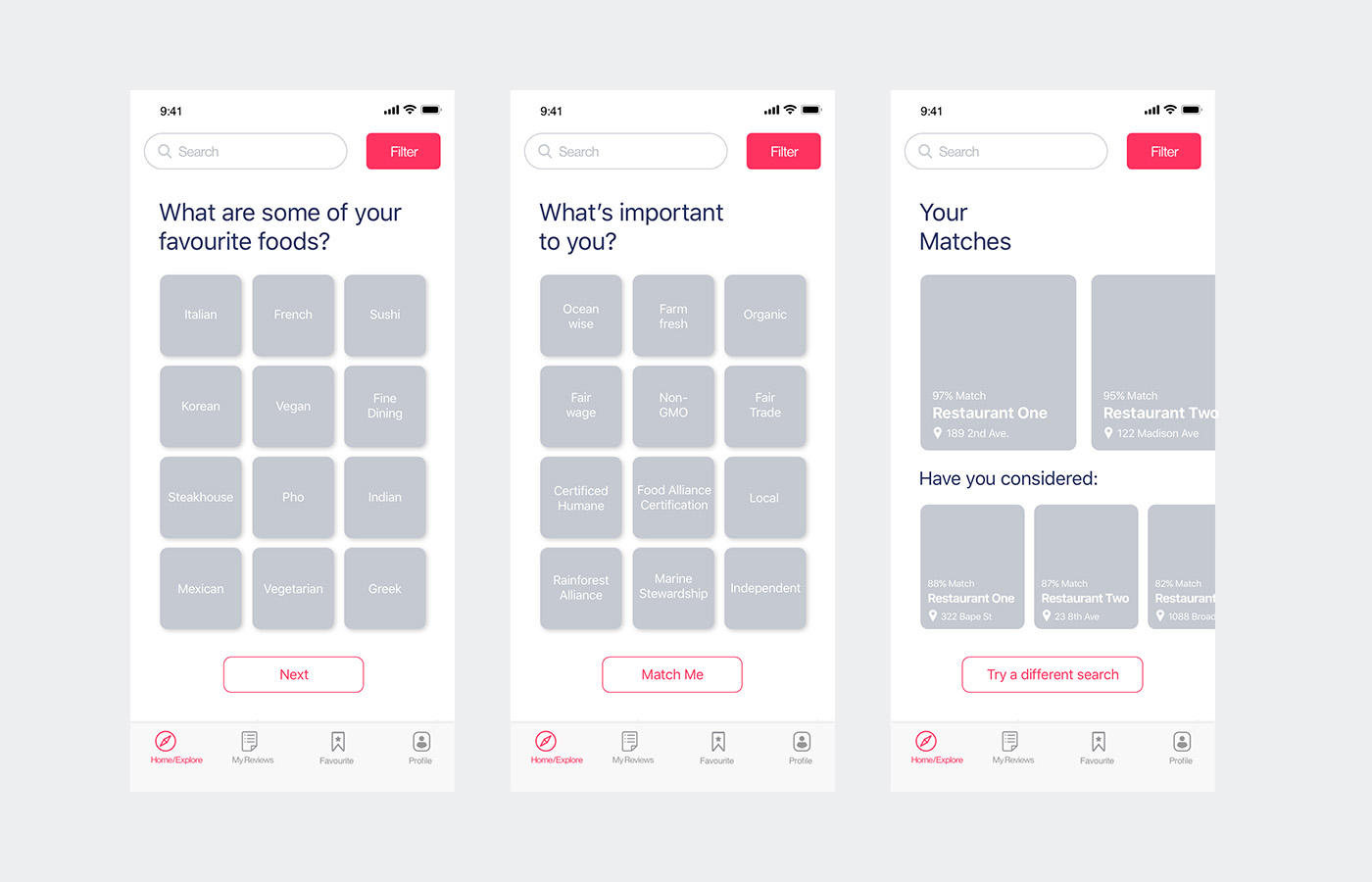 The basic matching process involved a series of questions. We didn't want to present more than 3 at a time, so these would appear randomly at the start of each search, slowly building a taste profile over time. Questions were based around taste preferences and values.

We settled on three criteria for the visual identity. It had to: 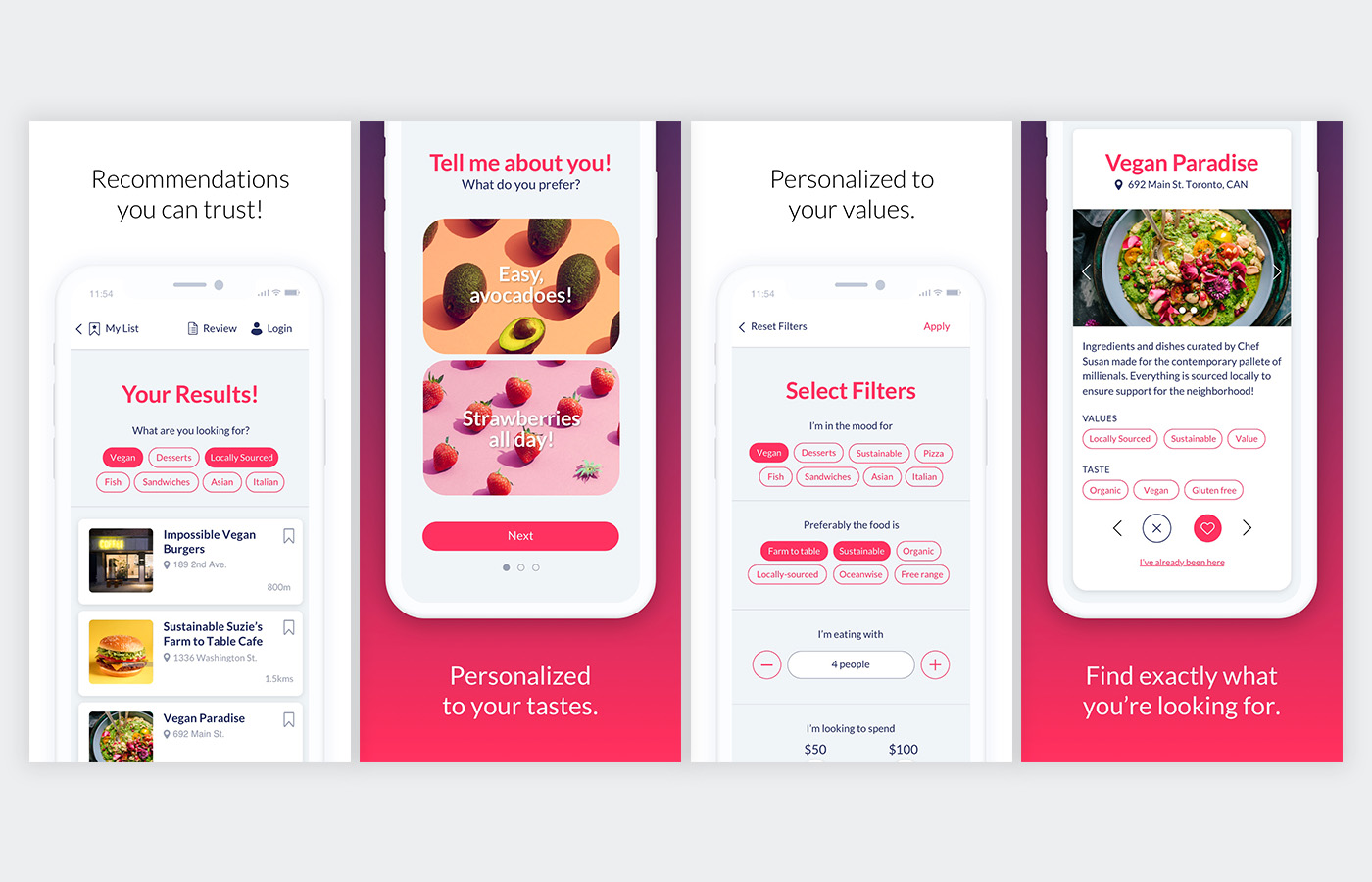 We handed off the project to Blanko, who then built out a Minimum Viable Product, and were awarded $75,000 in funding from the Brazilian government to introduce Palate into global markets.