Crosslabs, is a Kyoto-based research institute, founded in the summer of 2019, with the mission of bridging the gap between fundamental research and commercial application.

Olaf Witkowski and Antoine Pasquali founded Crosslabs AI Research Institute in the summer of 2019. Crosslabs’ mission is to bridge the gap between academia and industry by focusing on fundamental research, and applying it to commercial projects in an effort to bring cutting-edge technology to market faster. As it stands, a significant lag exists between what is known in academic papers, and what is employed in industry.

As a subsidiary of its commercially focused parent company, Cross Compass, it was important that the brand was positioned firmly towards academia. One that served as a hub between the Intelligence Sciences (machine, human, brain, life, complex, and social intelligences) and the university labs, tech companies and research institutions pushing the field forward.
‍
At its core, Crosslabs is about connection: connecting academics with industry, intangible ideas to tangible outputs, and ultimately the benefits of AI to humanity. It was also important for the logo to appeal to both Japanese and Western aesthetics.

Starting with a blank slate, I was able to draw inspiration from the academic world and started visually exploring the concepts of connection, overlap and focus. 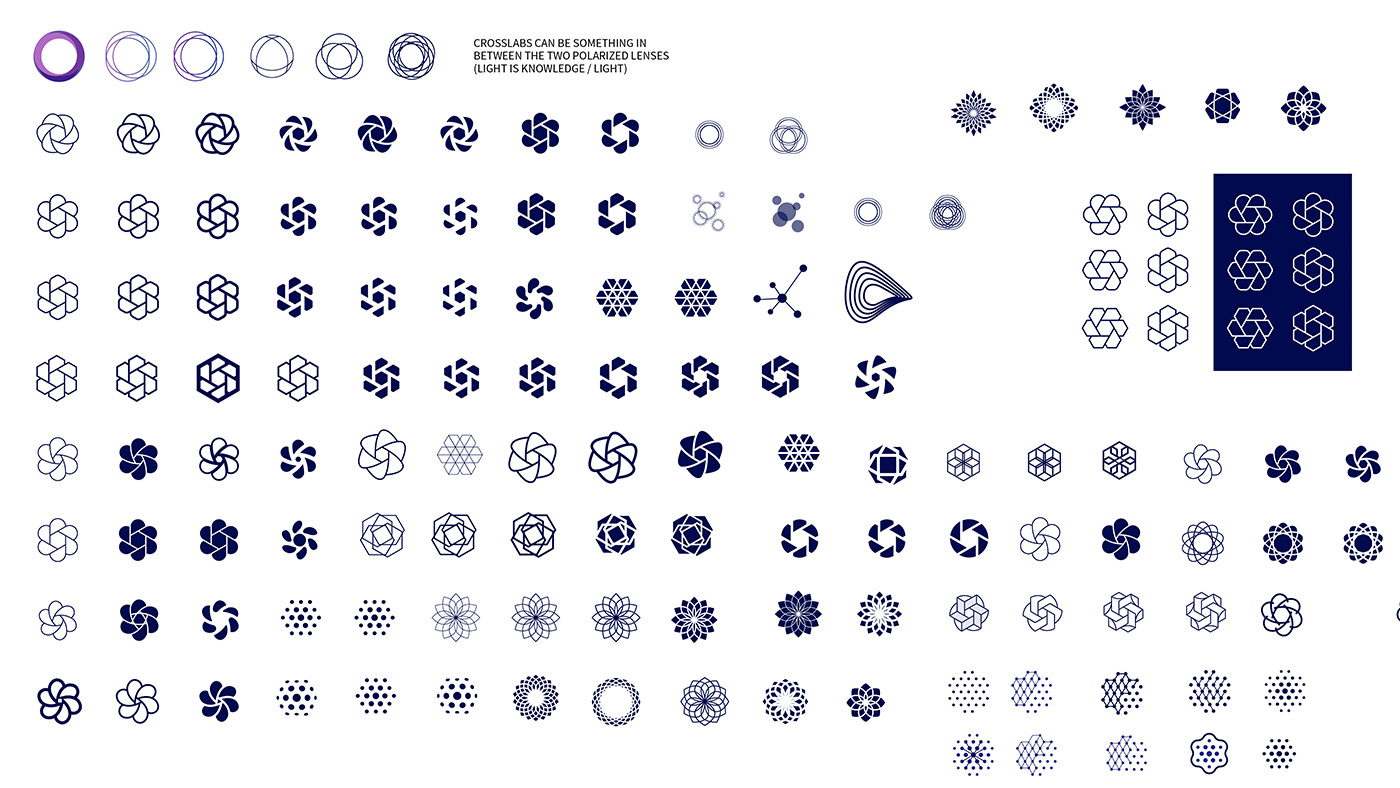 Exploration around the themes of symmetry and repetition.

Even so, this initial exploration opened up rich ground from which to launch into more focused direction around the inherent mathematical order in the symmetrical shapes and the idea of illusion. 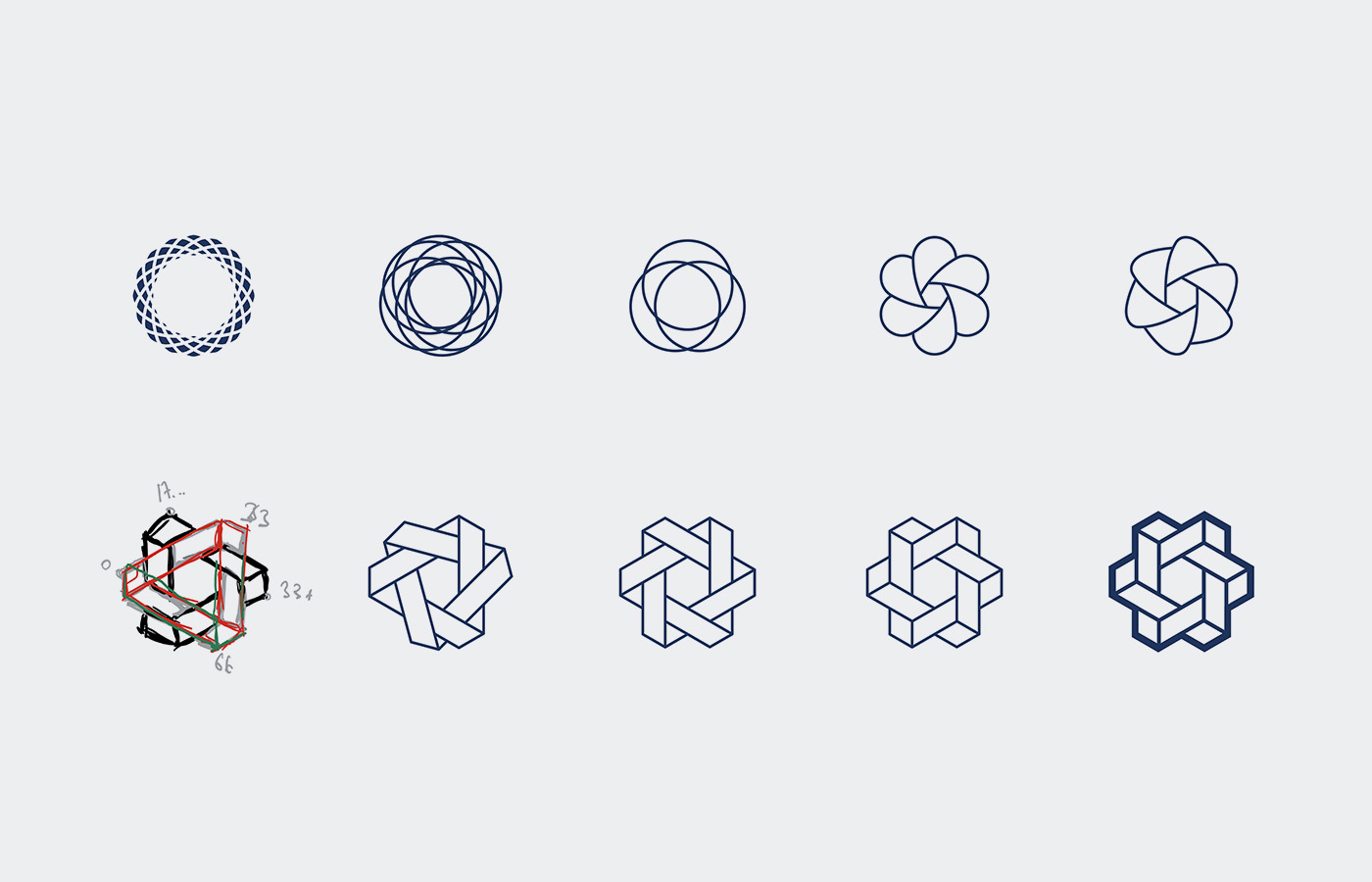 The general progression from focus, overlap, to repetition and symmetry.

One thing that stood out at this point were the parallels between the repetitious and symmetrical shapes and Mizuhiki (水引), the traditional bow used in Japanese gift wrapping used when exchanging gifts. The meaning behind the gift is "something that may be repeated time and time again." In modern times, they have increasingly come to signify "ties between people."

We loved this idea, and how perfectly it aligns with the scientific process and acts as the perfect bridge between timeless and contemporary, East and West, tangible and intangible. At this point, we ideated further with new inspiration and fresh eyes. 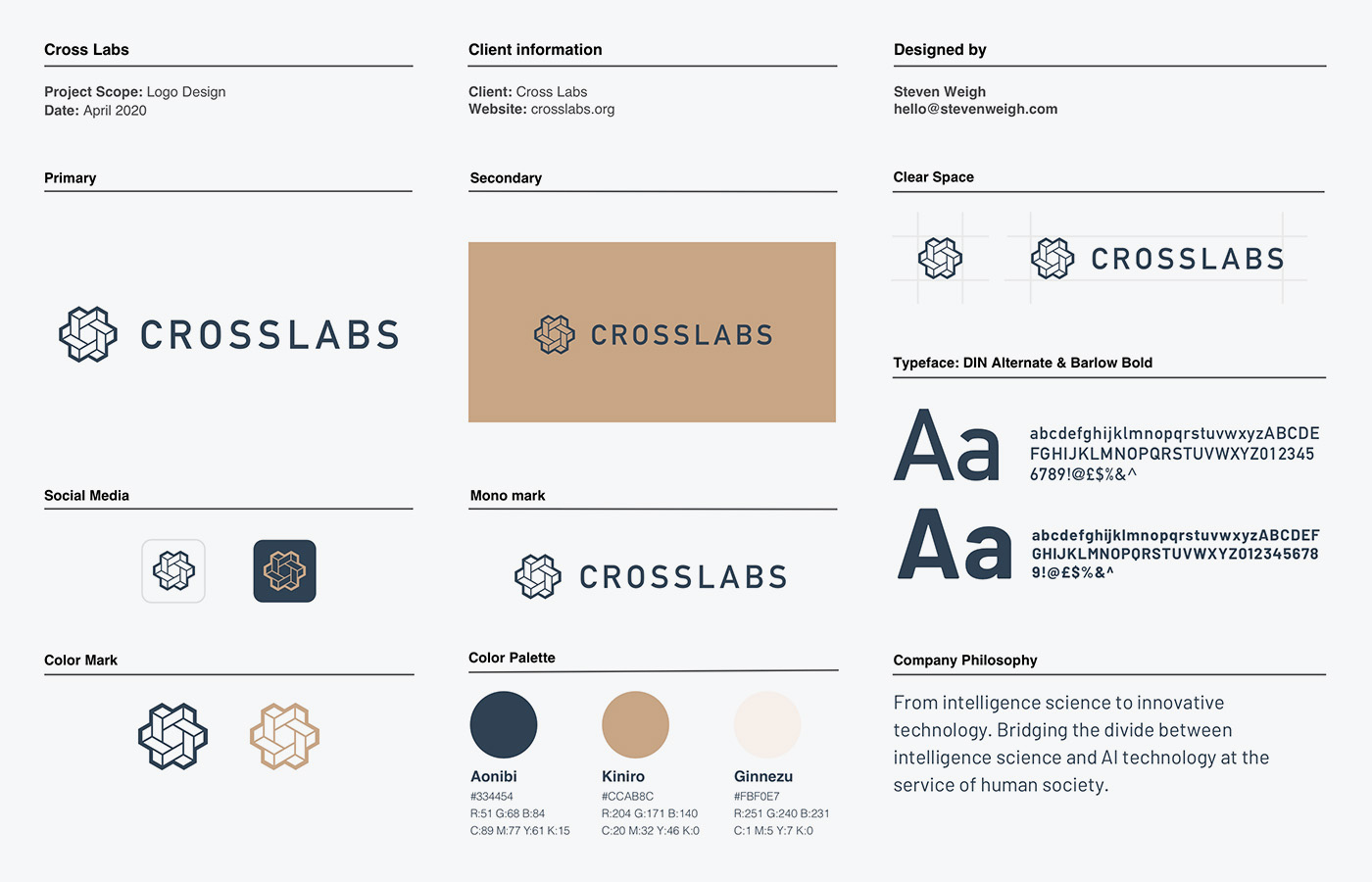 In all, it took myself, Antoine and Olaf, 7 months from initial research to hit upon the final logo mark, but the final result is something we're proud of. A mark that represents the 6 pillars of intelligence science in perfect, mathematical harmony with each other. A mark that feels just as comfortable alongside university labs, as it does tech companies in both the East and West.

We wanted an identity that felt academic, timeless and approachable. One that focuses on ideas and people, not machines and robots. An identity welcoming to all.

To find a timeless color palette, I looked to Japanese color history for inspiration. Rich in meaning and descriptiveness, we were able to find the perfect muted palette in 青鈍 (あおにび) blue, and 灰白 (はいじろ) tan as our primary palette. 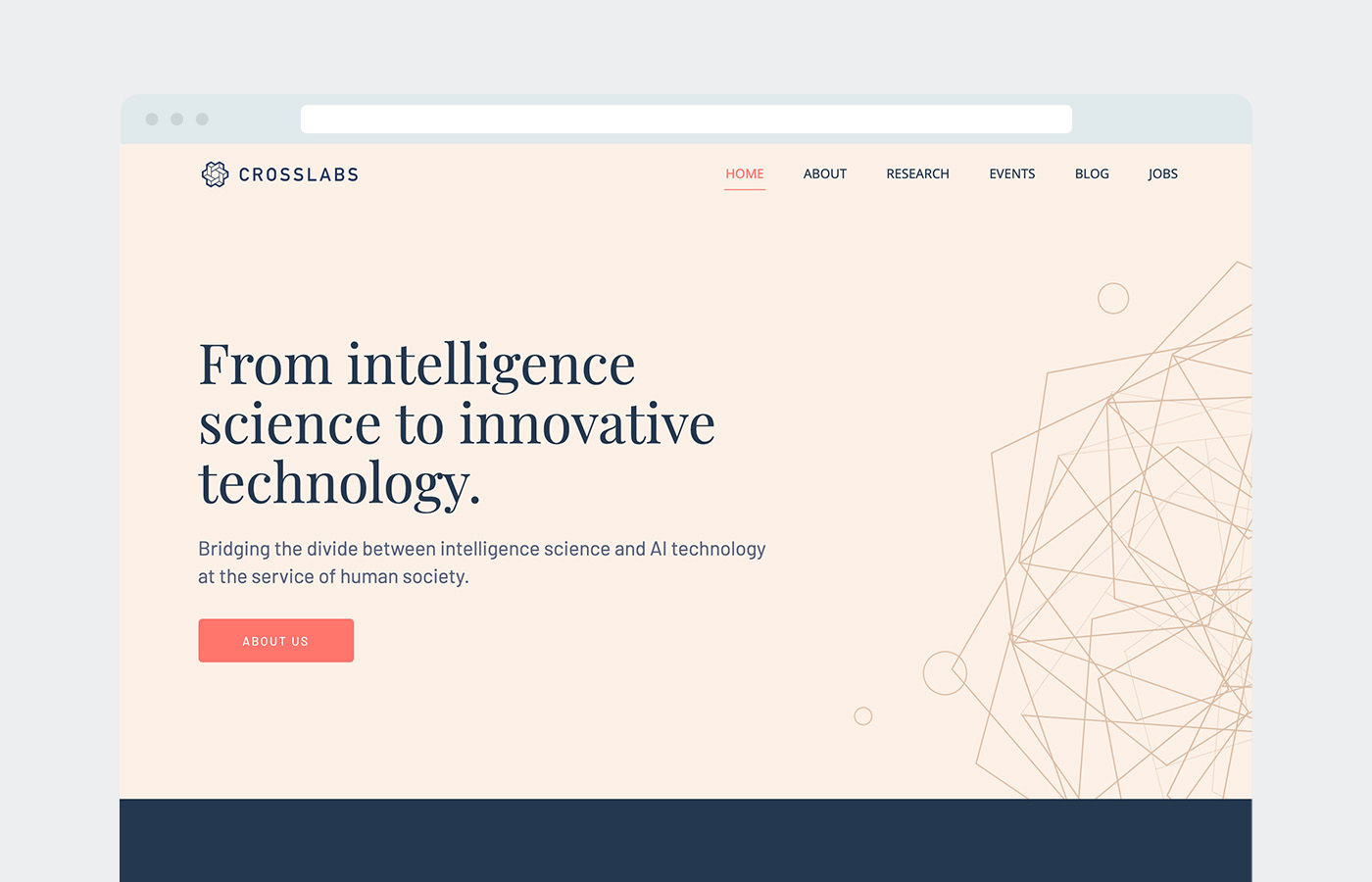 For fonts, we paired the classic serif, Playfair, with the more modern sans serif, Barlow to create a contemporary classic pairing.

A sense of space is important to allow for pauses and ideas to take hold. This is true on the website, where clean visuals, clear space, and large type serve cast ideas as the focal point. 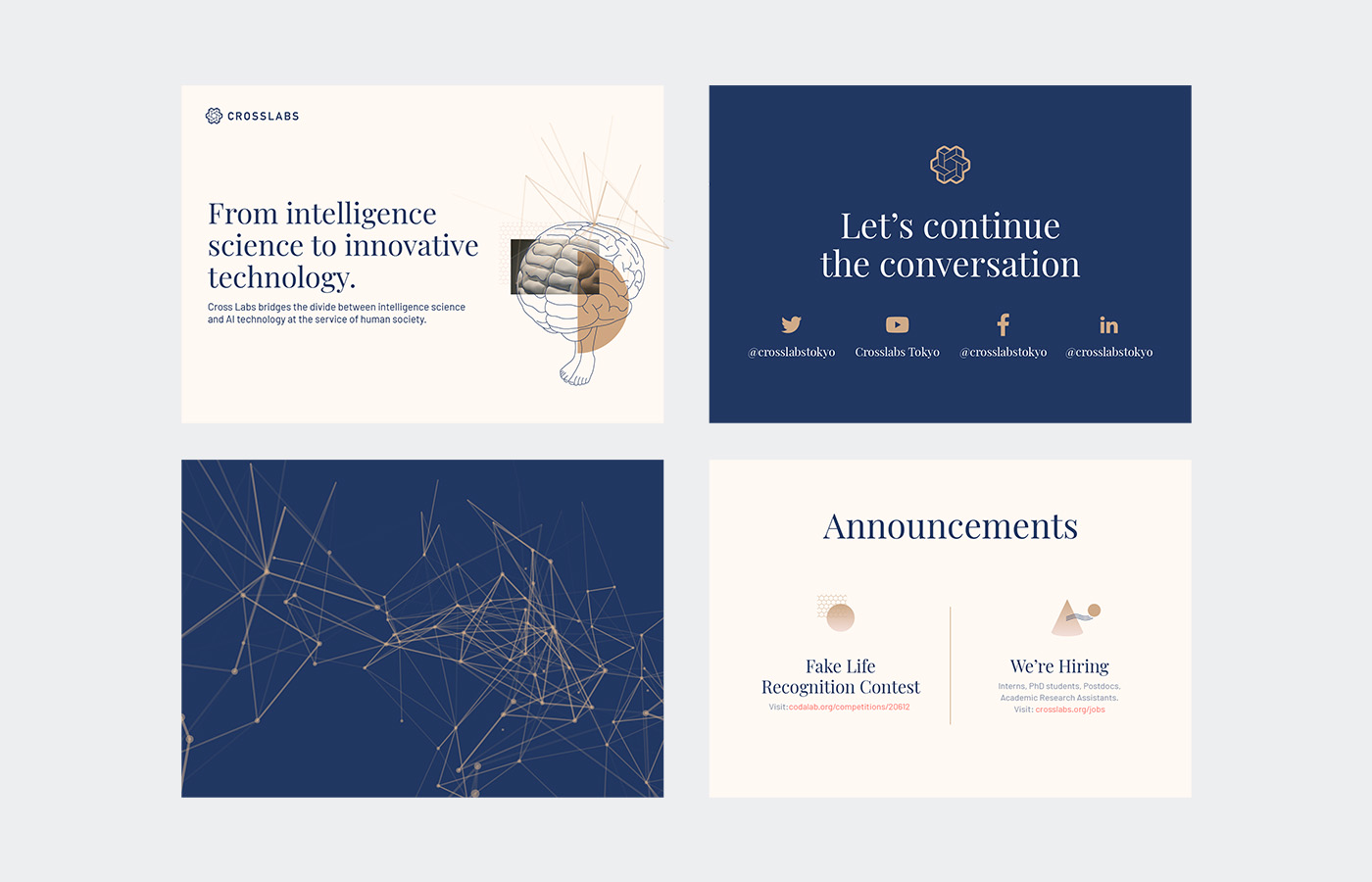 A flexible identity combining the rigor and eccentricity of science.

The visuals take inspiration from both the rigorous and eccentric sides of science. Giving the brand a lot of flexibility in scope to play and explore, experiment and combine. 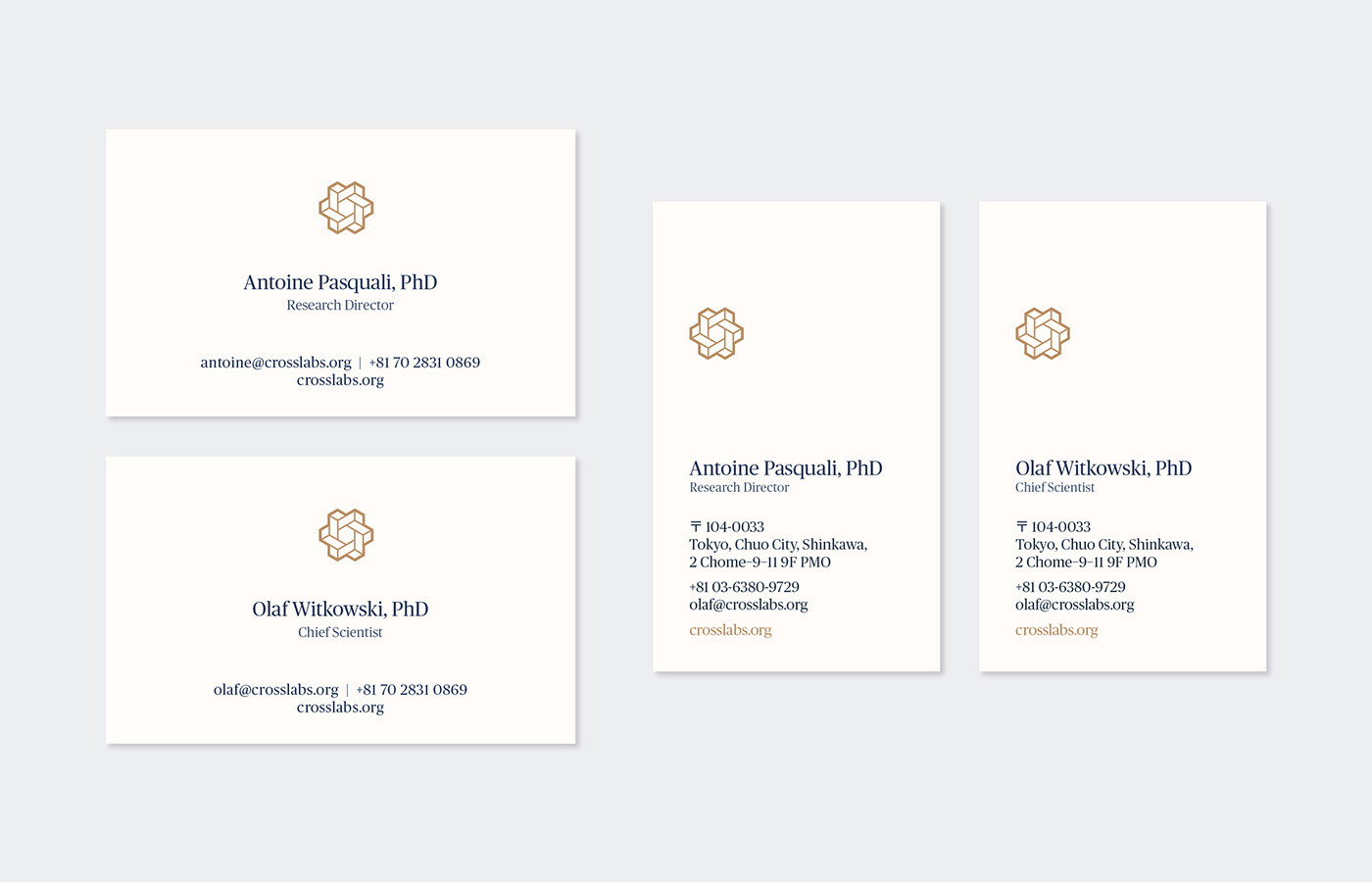 Ultimately, the visuals serve to unite the mission of bridging the divide between intelligence science and AI technology at the service of human society.

One of the pillars of Crosslabs is the the connection of community. As such, event photography is an important part of this. Each month we invite a different speaker, which to date have included guests from Japan, Belgium, Australia, Canada and the US, from companies such as Google Brain, NTT and Sony Labs. My goal is always to capture that connection. 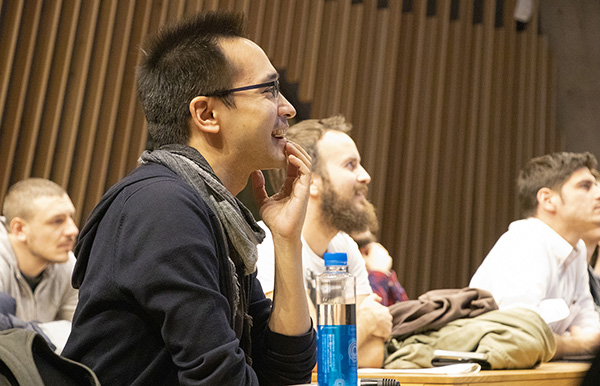 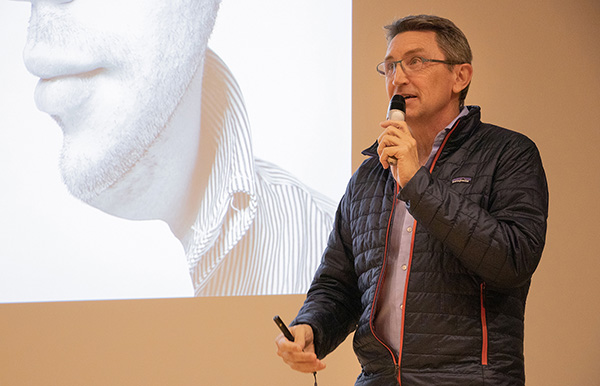 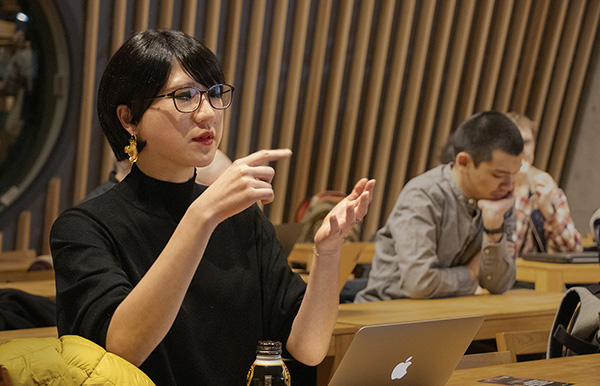 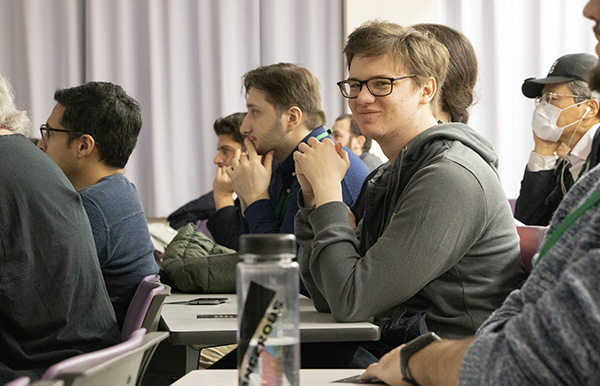 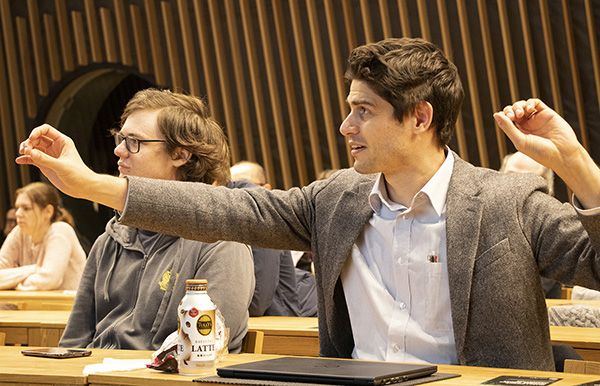 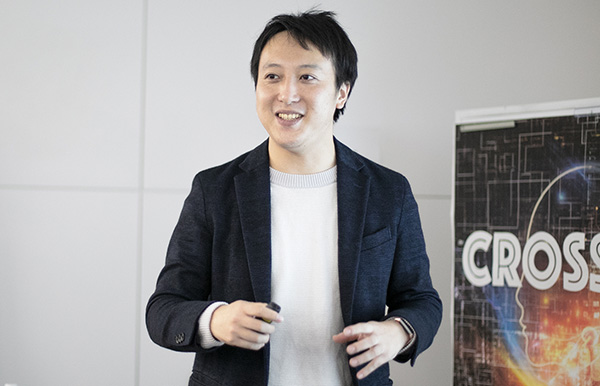 Monthly events bringing the community together.

Crosslabs has been particularly rewarding to work on, as it's been far more academic and far less commercial than projects I'm used to. I'm grateful to have been in the exposed to so many new ideas, technologies and in the presence of such a diverse community.

The identity itself is brand new and there is almost endless potential yet to explore. The next steps will involve rolling out across digital and print media, in both academic and commercial circles, creating digital streaming experiences in the the time of COVID-19, and bringing it to life as an experience once physical events resume again.